If you’re an international business that deals with clients and customers across the world, one of your challenges will be translating not only ads but your website, marketing materials and any point of contact your users might interact with.

The main problem with translating ads is that often the majority of your employees don’t speak the languages of all the countries you might do business in. This is even more noticeable with organisations which have an international presence, but not an international team or budget!

In most cases, the answer is to outsource your translations to an external party like a translation agency; however they might not always understand the context or constraints linked to ads. Even worse is when under time and budget constraints businesses have been known to use Google Translate (hint: please don’t do this)! In these instances, you can face some serious issues which can not only make your brand look unprofessional but might also risk you losing potential clients in the process.

But what are these issues?

The headache of translating your ads

One of the main problems that can be caused by simply translating your ads is, character limits. As you may already know Google Ads and other platforms limit the characters in your ad copy. For example, headlines in Google Ads and Microsoft Advertising (formerly known as Bing Ads) are limited to 30 characters and descriptions 90 characters. This can become a nightmare when the keywords you’re targeting are much longer in a different language, or the language you need to translate to is not as flexible as English which means you can’t fit everything you wanted to say.

If you’re advertising in German, you might experience some frustration as this language is known for its very long words. For example, if, for some extravagant reason, you ever wanted to advertise on “insurance company that provides legal protection”, this translates to “Rechtsschutzversicherungsgesellschaften”, a whopping 39 characters.

Languages like Chinese, Japanese or Korean, can also be a challenge because each character counts twice since the symbols are larger than Roman letters. This means you only have half the space!

Finally, languages based on Latin such as French, Spanish or Italian have a more rigid structure than English which can make it difficult to translate since you can’t move words around that easily.

To avoid problems around character limits, we would recommend you provide a native speaker; who also has a clear understanding of Google Ads or whatever platform you’re using, with the original ad copy, not as a template, but as a brief. This way they can interpret the text correctly and it gives them the room to amend as needed (especially when the translated words are too long). You shouldn’t ask a translator to literally translate from English to your desired language. In doing so you risk problems around not only character limits but context as well. In short, you need to allow and trust your translator to adapt your copy appropriately.

Top tip: make it clear to translators and clients that character limits are not a guideline and not an estimate. You would be amazed the amount of times people have said “I’m sure it’ll be fine; Google won’t mind a few characters more”! YES, Google will mind, and you won’t be able to run the ad.

It’s important to take into account regional nuances. These changes in behaviour, tone of voice, context and more are all important to be aware of when writing copy in a different market. This is because, what might make sense in English, isn’t necessarily going to make sense in Arabic, Mandarin and a huge number of other languages. Customers in China might not have the same affiliation to ‘Costa’ or the ‘NHS’ as in the UK, and it’s important to take this into account. This is another area where basic translations from non-native speakers can cause a huge problem. 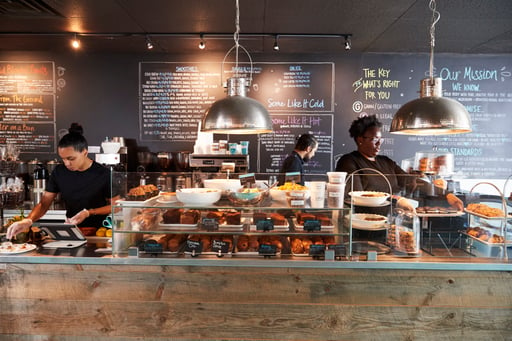 Famously KFC translated their well-known slogan “Finger Lickin' Good” for advertisements in China (we assume without being reviewed by a native speaker first) which once translated read as "Eat Your Fingers Off"! This just goes to show that it’s not just smaller companies who make these mistakes, in fact huge multi-national organisations have also been known to do this too. And the reason for this is that it’s extremely easy to do it wrong!

Another important aspect to bear in mind is that a foreign market might not react to your USPs (Unique Selling Points) in the same way as your original market. You simply cannot transpose exactly what you’re doing and expect it to work the same. For example, even if they speak the same language, Australian customers are very different to British customers and they will therefore make their purchase decision based on different considerations. Make sure you study the market you’re entering before starting to translate all your ads to identify the USPs that the customers will react to and include these in your ads.

Translating ads or marketing materials sounds straightforward, just go on Google Translate or quickly and cheaply pay for someone who might not be a native speaker or might not understand marketing principles, and it’ll all be fine. But it rarely is. And if the people that are managing these campaigns can’t speak the translated language, they’re never going to know otherwise. At least not until you’ve wasted your budget on poor performing advertisements or received angry emails and comments from disgruntled customers!

Hopefully you’ve found this article useful and you’ve gained a better awareness regarding how to best translate your ads. However, if you require extra help or support on this feel free to get in touch with our paid media specialists. The Innovation Visual team is experienced in dealing with multi-national businesses and working on international campaigns across a variety of channels. We also have a number of native foreign (non-English) speakers in-house and a number of experienced translators which can help with these kinds of projects.