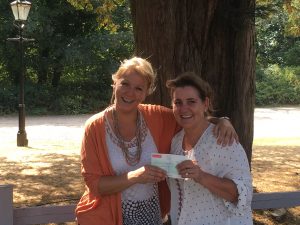 Innovation Visual have been long-term supporters of David Shepherd Wildlife Foundation (DSWF) through the 1% For The Planet scheme. This week Tim and Jo met with Karen Botha, CEO of DSWF, to present her with the Innovation Visual team’s generous donation of £1100 to support the continuation of the foundations work protecting pangolins in Zambia and Uganda.

Why we’re passionate about pangolins

Pangolins are one of the most trafficked mammals in the world. Cruel poachers take them for their meat and scales, as it is believed in some cultures that they have medicinal value. Despite this being scientifically proven as untrue, pangolins still continue to be hunted, making them an endangered species.

Between 2011 and 2013 it is estimated that around 200,000 pangolins were killed. This shocking statistic is one of the many reasons David Shepherd Wildlife Foundation are committed to investing in preserving the lives of pangolins across Zambia and Uganda.

David Shepherd Wildlife Foundation have worked to implement education programmes to help local people understand the threat to pangolins and why it is important to protect them. The foundation has also funded anti-poaching patrols across Africa, who use trained dogs and a range of technologies to hunt down and deter poachers, as well as tackling illegal smuggling. 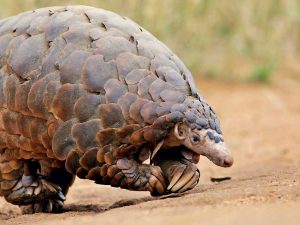 Over a million pangolins have been killed and trafficked in the last decade. DSWF are working hard with the help of charity donations to put a stop to the cruel killing of pangolins.

Pangolins may be able to protect themselves from predators, but we need to do more to reduce the threat of the worst predator of all: human poachers. The Innovation Visual team are proud to be able to support DSWF’s work and you can too by donating and/ or adopting a pangolin through David Shepherd Wildlife Foundation.