Innovation Visual continue to sponsor Taekwondo talent, Phoenix Goodman and are delighted to bring you an update on what exciting new opportunities lie ahead for the star. 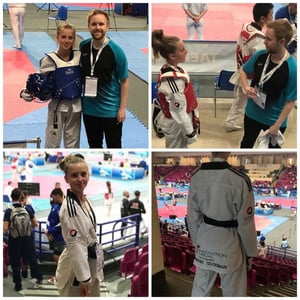 A New Taekwondo Club for Phoenix

It’s certainly been a busy few months for Phoenix as she left the British Taekwondo School (BTS). Approached by ex BTS athlete Max Cater, Phoenix made her move to join a new club, Waterside Taekwondo. This move was only temporarily however as two weeks after joining Waterside, Max opened up his own Taekwondo club called LMC. Phoenix believed that joining this club would provide her with the full support she needs to reach her full potential for an even brighter future.

During the transitional period of moving clubs, Phoenix was offered a great opportunity being invited to train with the GB Cadet Development Squad. This training takes place on a monthly basis at the National Taekwondo Center in Manchester. Not only does Phoenix get the opportunity to train in more places in the UK than ever before but this training offers even more expert support and guidance so that Phoenix can reach her goals and progress.

The future for Phoenix 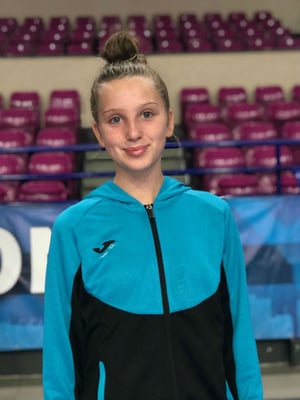 Since leaving BTS, Phoenix has been inundated with fantastic opportunities which doesn’t look like they will slow down anytime soon. Phoenix has recently been invited to train at the Champ TKD International Fight Camp in Ireland on the 2nd and 3rd November 2019 – a tough two days of training and sparring! Phoenix was also honoured to be recognised as one of the talented athletes on their Facebook page that was advertising the event.

An exciting but busy few months lie ahead for this talented Taekwondo superstar and we look forward to her next update to find out what she has been up to!